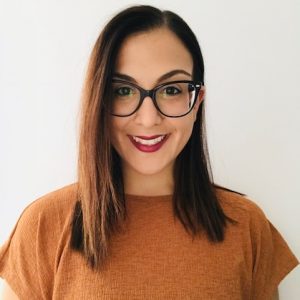 The Importance of Allies: How diversity can support productivity across our industry?

On 20th August, Women In BIM performed an unusual U-turn.

We convened an all-male panel.

This #manel wasn’t created from a lazy approach to obtaining industry speakers, but from a recognition that the men working in BIM are not rivals, but potential allies who can support us in reaching better gender equity in our digital workspace.  Dr. Jenni Barrett chaired the discussion, first highlighting the social psychology that allows more diverse teams to be more creative and to create better design solutions than homogenous teams.  Yet, she noted, we are likely create alliances based on a person’s similarity to ourselves.  So how then, if men are by far the majority, are women as a marginalised group supposed to change this cultural tendency?  Perhaps we need strong male allies who are just as committed to gender equity and diversity in all its forms as we are.

Jenni then invited three such male allies of Women In BIM to describe how the power of the male ally might unlock the BIM team’s productivity.

First to give his view was David Philp, Global BIM Consultancy Director at AECOM, presenting on behalf of the Construction Innovation Hub.  David described how diversity is, in itself, a driver for innovation.  He also emphasised the need for better alliances in construction to create a diverse collaboration culture that can enhance creative solutions and construction excellence.  Next, Simon Gallagher, Director at Integrated Design Asia described his experiences working in Hong Kong.  He raised the salient point that male support is needed both in and out of the office, as the gender imbalance is prevalent in our social culture, not just at work.

Jenni then interviewed Henry Fenby-Taylor, digital consultant at Athenophilia Ltd.  This was a lively discussion and Henry bravely fielded questions on feminism, and the need for men to be more self-aware.  He addressed the nature of unconscious biases, as well as our need to be pro-active in making inclusion and respect a core value of our industry.

The role of the male ally is clearly a little explored subject in the debate about gender equity in digital construction careers.  However, this webinar highlighted that it is a vital one.  Thank you to all who contributed and listened.  We look forward to taking this discussion further….!