Last month we launched Women in BIM’s new global database at Digital Construction Week in London. Here we share the thoughts on events from some commentary by key Women in BIM members, and a collection of online responses to our activities.

“Digital Construction week was a successful way to launch the Women in BIM initiative. Having had support from the organisers we had a strong presence, not only at the show but also at the launch at the Embassy of Ireland the evening before. The response was overwhelmingly positive and the presence and incentive were felt throughout. Most of those who engaged with us wanted to know more about the team and how they could help. Attendees were interested in hearing about the ‘why’ and how they could help us to grow the case. Since the event we have seen a massive influx of requests, not only to join the database, but also through our social media presence within LinkedIn and twitter.

“We began the LinkedIn team almost 4 years ago and with the number of women in BIM related roles slowly growing, we felt it was critical to provide access to support and networking. This is still true. However, with the launch of the database and the drive to use the data to provide for avenues of growth both within local regions and globally the drive now remains strong.

“Digital construction week was a good way to promote the team in the UK, yet we have much work to do in driving the initiative globally. This month for example, almost 9000 professionals in AEC and Media and Entertainment congregate to Las Vegas to attend Autodesk University. As attendees in the past, we’ve always noted the lack of female representation in digitally enabled roles. This event is a good way to promote the group (mainly in the US) but also provide visibility for our core team members who will be attending. From the core team we have both Louise Kelly and Emma Hooper attending and they will be raising awareness of Women in BIM amongst the AU community.”

Rebecca De Cicco is the director of Digital Node, a UK Based BIM Consultancy supporting the AEC industry in better understanding how BIM can positively enable them. Having worked across all areas of the industry from manufacturing through to infrastructure and buildings her passion is to ensure the Construction industry is digitally and socially enabled and more efficient.

We caught up with @SuButcher at the @WomeninBIM stand to find out why she’s at #DCW2016 & to learn more about the aims of Women in #BIM! pic.twitter.com/XHEpyUXnRY

Louise and Emma were both in attendance at the Digital Construction week event and we asked them how they felt the stand and generally the support for the group was received. Here are their responses:

‘Digital Construction Week in general felt better attended than last year, starting from the first event, ‘British Information Modelling’ that same week. As is typical from these events the number of women in the audience was in the minority and there were no female speakers. We wore our Women in BIM badges with pride and discussed the initiative with those we spoke to. At the Official Launch in the Embassy of Ireland the Irish Ambassador commented on how few women were in attendance, however we made our presence felt. Anne Kemp did an amazing job as usual drawing support for the UK BIM Alliance and David Philp shared his support of Women in BIM. 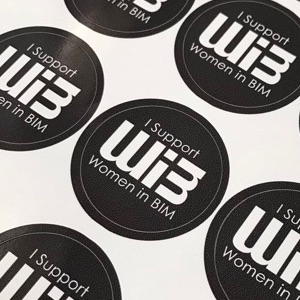 “I spent a lot of the following morning and early afternoon at the stand and to be honest I found it at times overwhelming, the sense of support from most those who passed by the stand was amazing, everyone was keen to show their support either by signing up to the database, the mailing list, or bringing literature and our message back to their colleagues. Although I did not spend as much time on the stand on Day 2, it was clear that our network was making a mark. If a person wasn’t wearing an ‘I Support Women in BIM’ sticker it was an excuse to start a conversation, by the end of the event most of the people I saw had one. I honestly believe we have something fresh to offer the industry, and from the response we got at DCW I think most people agree.”

Louise Kelly is a BIM Project Manager at Fulcro. Coming from a background in both Architectural and Engineering practices, her varied experience is invaluable in her current role assisting project delivery using digital construction tools. Louise has a passion for reducing waste in project delivery and believes BIM can help deliver this.

“Digital Construction Week was a great success for Women in BIM; we had a stand, we had stickers and above all we had a small group of amazing ladies. From the moment people saw our badges the intrigue started and they became the sought after item of the week.

“In all my years on the BIM scene I have never seen so many women I know all at the same event and that’s when I knew the Women in BIM initiative had started to work.

“I saw women who I looked up to when I first started on the BIM scene, women who I had followed on twitter yet had never met, right through to young women who had just started out on their BIM journeys.

“I was pleasantly surprised how well we were received by women and men, we had just as many men approach the stand as women and to me that confirms what a great sector digital construction is and why I believe the industry is ready to start the long road to behavioural change, which is so desperately needed for its future success.

“We can only create diversity if we all work together.”

Emma Hooper is a BIM Technologist at Metz Architects. Her role includes defining information strategies for projects based on best practice and specialising in technology to digitise the process. She has a keen interest in OpenBIM workflows as well as promoting new ways of working and thinking in the Built Environment.

“It was a true pleasure to represent Women in BIM at Digital Construction Week. This is panning out to be an organisation I’m proud to work with, because it looks to the strengths of our community, and helps us help each other.

“Being on the stand for the first morning was quite a challenge, because there was so much interest, almost entirely positive and inquisitive. It was a great idea to have supporters’ stickers, because our badges were getting so much attention people felt they wanted to show that they were with us, and we’re very grateful for that. Don’t forget to tell all the women you know who work in BIM and digital construction to join our database. We’ll be reporting on how progress is going very soon and they won’t want to be left out!

“As well as the enthusiasm of DCW attendees there has been a lot of interest on Twitter. You can see a selection of the tweets, links and pictures above in the Storify Slideshow. I was particularly impressed with Cristina Savian’s brilliant introductory talk on Thursday afternoon, and the huge amount of support she received. 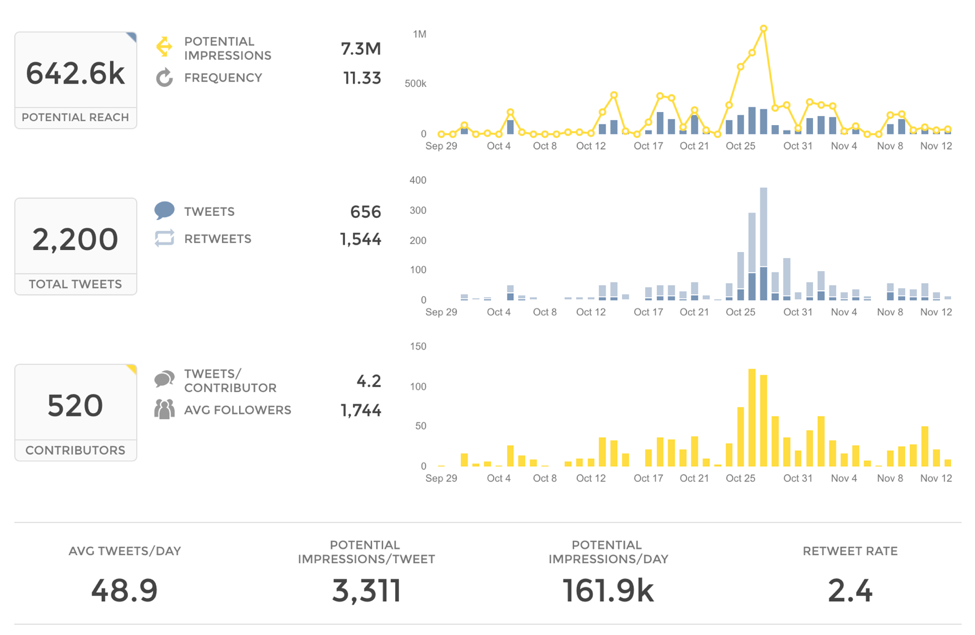 “Over 2000 tweets have been sent to, from and about Women in BIM’s twitter account in the last six weeks by over 500 twitter users. Thank you to everyone who participated, and keep it up! We want to get every woman working in BIM worldwide to become part of our community.”

Su Butcher is director and social strategist at Just Practising Limited. She helps construction companies use the Internet better, in particular when talking to architects. Trained in architecture, she spent most of her career in management. She is a prolific speaker, serves on the promotions team for BIM4M2, and has made videos with The B1M.

What’s next for Women in BIM?

The next steps for us are clear, continue to grow and support our database globally and provide visibility and support for those women who are interested in being involved. We will also provide feedback and results quarterly to educate industry about our work. The aim is to ensure the industry continues to support a diverse demographic. This is critical for the future of the AEC industry and to provide young women the opportunity to connect with us for support and provide opportunities for them that may have never existed in the past.

Want to know more about Women in BIM and how you can help? Read our FAQs

Find out where Women in BIM will be next here.