10 years of Women in BIM in Brazil at Construa Minas 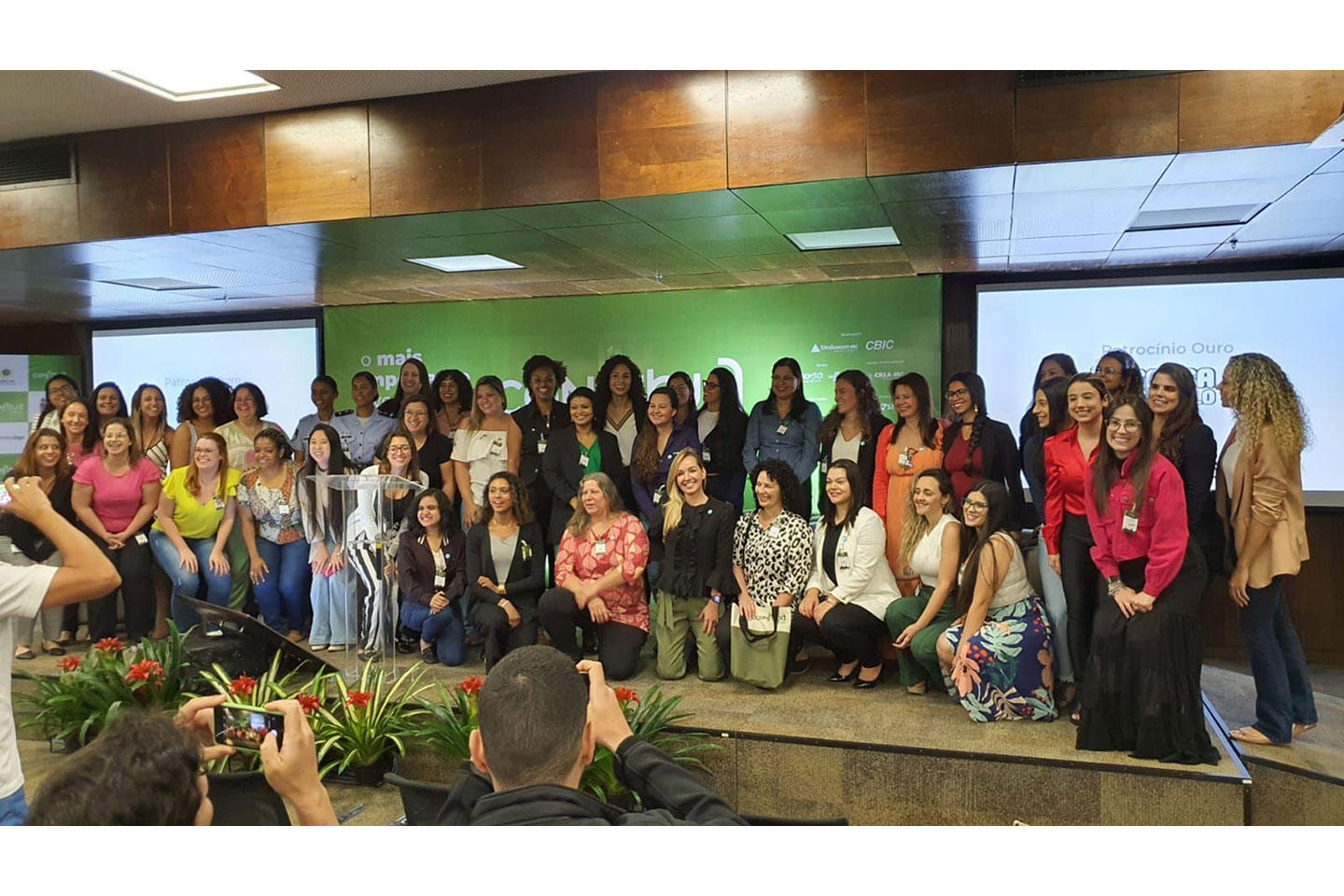 Between October 17 and 21, 2022, in Belo Horizonte, the Construa Minas event was held, organized by CBIC, Brazilian Chamber of Construction Industry, which is the national representative of the construction industry and the market, real estate in Brazil.

Together with the CBIC, we had the support of the WIB, which was responsible for a panel on October 17, where the WIB Global Chair Rebecca De Cicco, the WIB Regional Lead in Brazil, Amanda Nicácio and WIB Members Dominique Mansur and Carolina Bragança participated as speakers.

During the opening of the event, Amanda was invited to join the table of the presidents of the organizing companies, as a representative of WIB, where she briefly contextualized what WIB is, what the network’s objectives are and the main forms of action, as well as thanking the participants and creators of the event.

After the opening, the lecture by Rebecca was presented – this was done virtually – which addressed the BIM ISO 19650 standard. Rebecca also spoke about the WIB and the celebration of the 10th anniversary of its foundation.

There was also talk about the ten years of WIB, about the events that are taking place around the world and, more specifically about the large, one-day event in Australia, in Melbourne.

Amanda also spoke about WIB website, encouraging those who are interested to sign up for Membership and, who knows, one day become Regional Leads. It was also highlighted the importance of movements like this, in a universe where several companies are organizing themselves in favor of cultures of diversity and inclusion.

Amanda said that whilst WIB was conceived by women, for women, anyone who identifies with the network’s objectives can participate, including as Mentors. It was also discussed about the Mentoring Scheme and about the fact that there is always a need for more Mentees and Mentors. At this time, the importance of having more experienced members and supporters was reinforced, in order to foster and encourage more women in the Engineering, Architecture and Construction (AEC) market.

Up next to the stage was Carolina, with the lecture “The Uses of BIM – from Engineering to Operation”. It was an extremely enriching lecture, where practical cases were presented, applied in industrial and mining projects. A link was also made of the use of BIM in conjunction with the AWP (Advanced Working Package) methodology.

After Carolina’s lecture, there was a coffee break, a space used for networking. The coffee break moment was extremely fruitful, due to the engagement of several women, who sought out Regional Lead Amanda, to learn more about the WIB and understand how they could register as Members. The feedback was very positive and not only women, but men also showed a lot of interest in taking part.

Next Dominique was invited to the stage, with the lecture “Guidelines for contracting and using the Common Data Environment (CDE) in a portfolio of infrastructure projects”. The presentation was excellent, and we had very positive feedback about the content and posture of the speaker. Dominique made a correlation of good practices based on her experience, with the recommended practice standard, ABNT PR 1015 – Common Data Environment, launched in Brazil in June 2022. It was a great subject to be addressed, given that many people are seeking knowledge regarding the use of CDEs.

At the end of the event, the speakers were invited to the stage for a moment of debate, where the public could ask several questions. Another positive point, important to note, is that many women sought out the Regional Leads to talk about how inspiring it was to see women “so empowered and successful, in front of events like this”. It was a great pleasure for Regional Lead Amanda to be able to represent a group like WIB, encouraging more women to join the network and encouraging diversity and inclusion in Brazil. 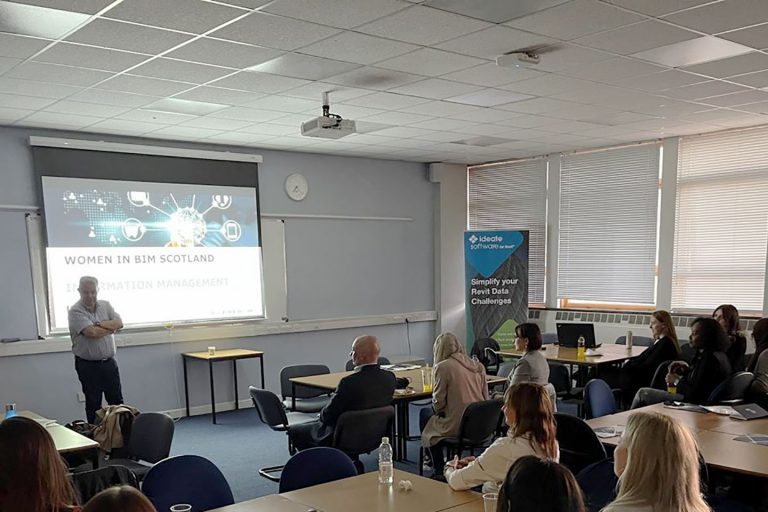 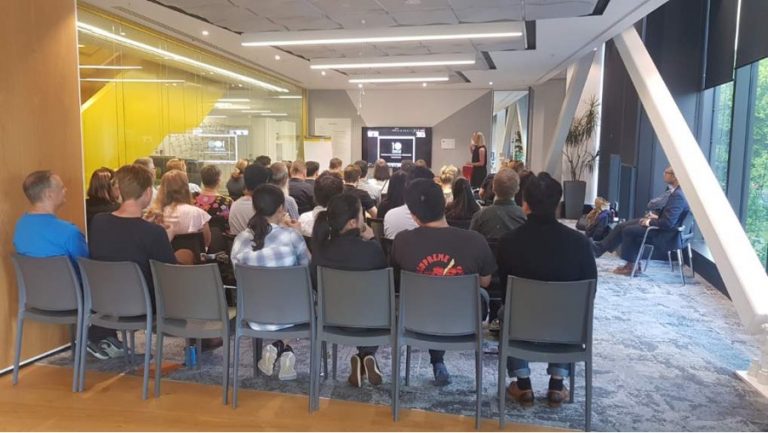 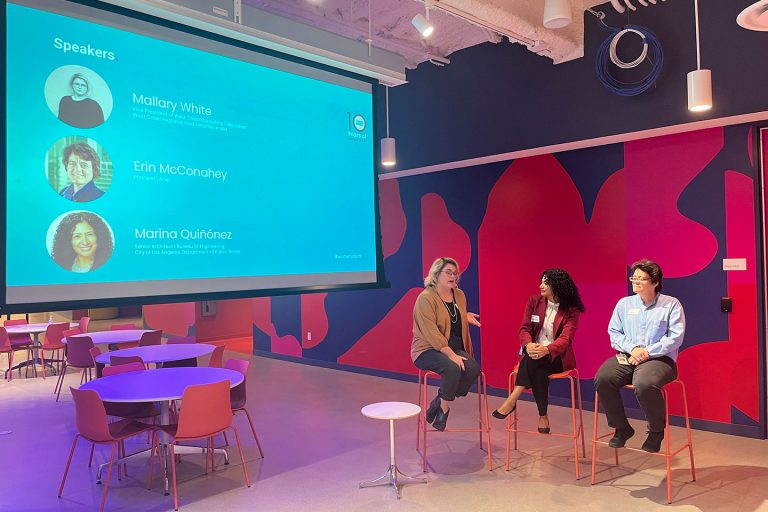 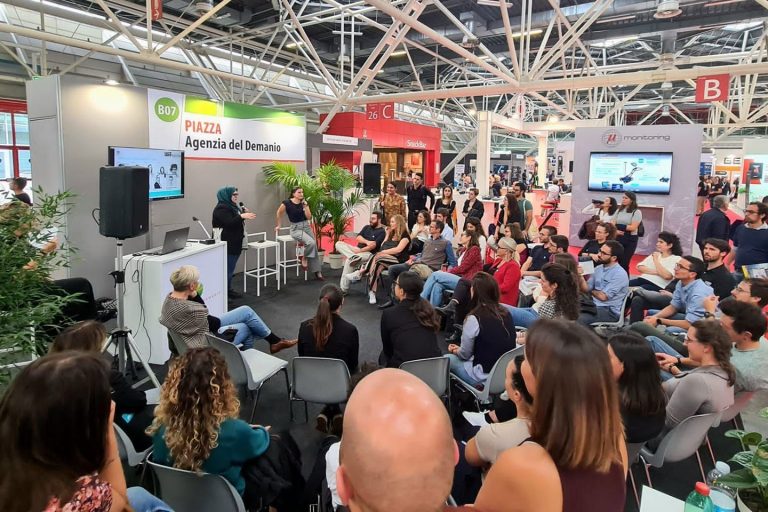 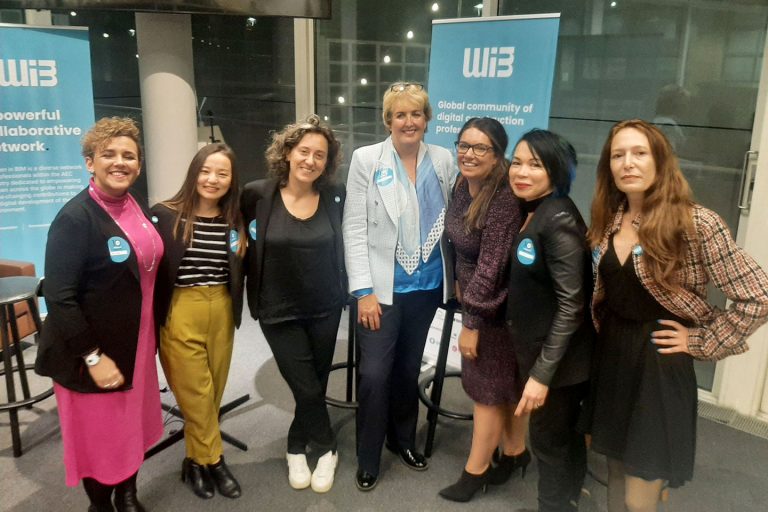 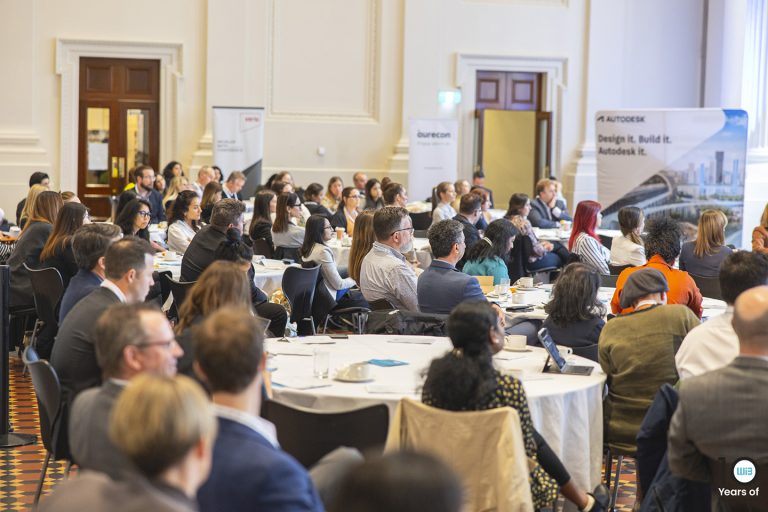 Celebrating 10 years of Women in BIM in Melbourne